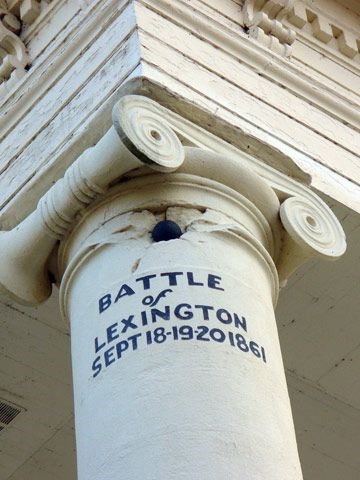 Battle of Lexington Part 2: That was a really bad shot!

Part 2 of this tour is a collection of tidbits that I could not fit into Part 1.
• In 1860 Lexington, with a population of 4,122 was a bustling hub of commerce and the fifth largest city in Missouri.
• One of the most well-known sites regarding the battle is the old Courthouse on Main Street where visitors can see the Confederate cannonball lodged in the pillar. The story behind that cannonball is interesting and often misunderstood. If you look at the battle map, you will begin to wonder “how in the world did a Confederate cannonball end up at the Courthouse on Main Street? A location that is about 6 tenths of a mile from the Union position at the battlefield where it should have landed? I contacted Karla Strain at the State Historic Site to pose this question. The answer: “It was really poor shooting”.
While there are some differing opinions on where the shot originated from, it is generally accepted that the shot came from Bledsoe’s Battery, which was located on the other side of the Union lines on the far northwest side. (close to 700 17th Street in Lexington) This means that not only did this shot miss the Union army behind its’ trenches, but it then went over the opposite side of the rebel siege lines all the way to Main street where it struck the courthouse pillar, effectively missing the target by almost a mile.
Ms. Strain told me that the story is that they had an old cannon called, “Ole Sacramento” which was used in the Mexican American war. This cannon large and tricky to use. Bledsoe’s Battery reportedly ran out of 9-pound cannonballs and switched to 5-pound shot. This difference in weight contributed to the “really bad shot”. Not only did “the bad shot” go over their own troops, but it also came within about 30 yards of striking the command post for General Price which was located at 926 Main St. diagonally across the street from the Courthouse.
Another well-known landmark is the Anderson House. Built in 1853, the house was described in a local newspaper this way, “Oliver Anderson’s new and magnificent residence will be the largest and best arranged dwelling house west of St. Louis”. In today’s layout, the house seems to be backward with the front porch facing the west. This is because when it was built the traffic would be coming from the wharf on the river, rather than from the town. Oliver Anderson hit some financial difficulties and sold the house to his son-in-law in 1857. The Anderson family was not in residence when this battle began. Rather the house was being used as a Union hospital on Day 1 of the battle. The Anderson family had been evicted by the Union soldiers and sympathizers who controlled the town in the weeks before the battle. Oliver Anderson, a slaveholder and known Southern Sympathizer, was arrested in early 1861 and imprisoned in Lexington after refusing to take a “loyalty oath”. The house changed hands multiple times during the battle eventually being held by the Missouri State Guard as they pushed the federal soldiers further back toward the Masonic College.
• The Masonic College was built in 1847 for children of Masons. The college closed it’s doors in 1857 due to financial difficulties.
• Today, the historic site, and in fact much of the route to get to that site is full of trees. However, in 1861 there would have been very few trees. Remember the December 10th Border War Extra about the civil war landscape. Like the rest of the border counties, Lexington had very few trees. At the time, the downtown of Lexington could be clearly seen from the high ground at the battlefield as there were few trees to block the view. 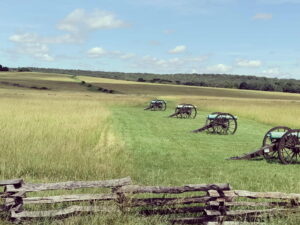 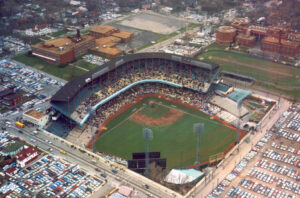