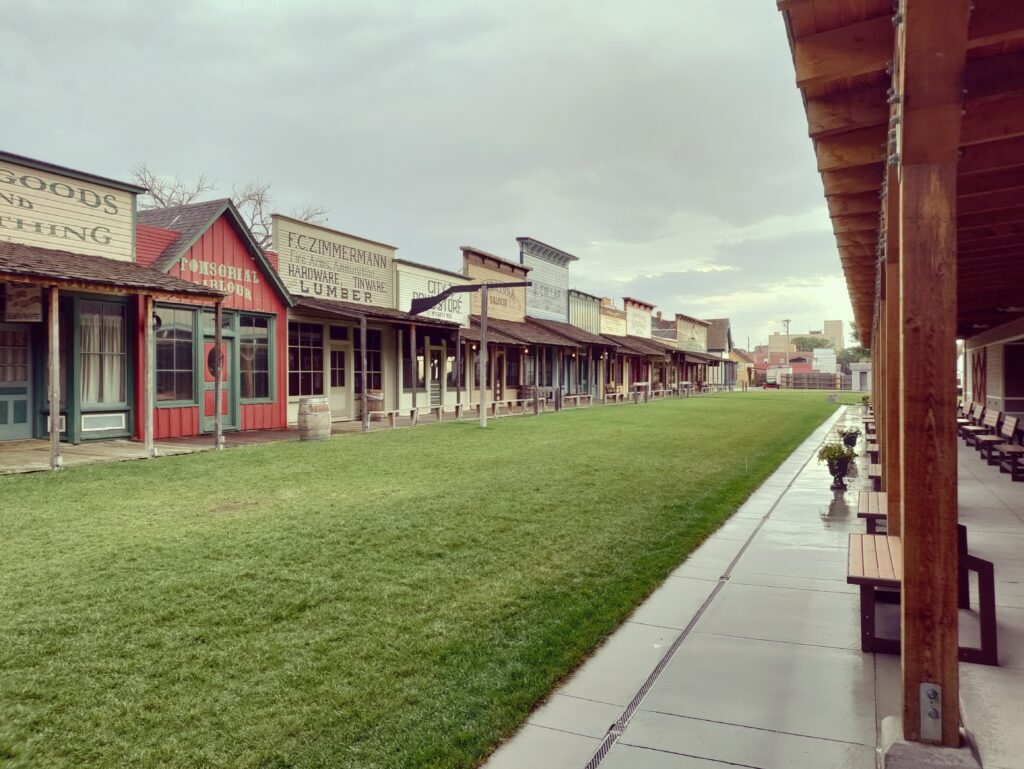 For this post, we continue our trip through south-central Kansas with a visit to Dodge City. Dodge City would earn the nickname, “Sodom of the West” due to the wild and raucous nature of life in the city in the late 1800s.
Located 330 miles from the western edge of Kansas City, Dodge City was staked out in 1872 outside of Fort Dodge. Fort Dodge had been constructed in 1865 by the US Army to help protect travelers on the Sante Fe Trail as well as for the Army to assist in the Indian Wars, which were heating up at that time. In 1876, the Kansas Legislature passed a law that forbid Texas cattle from being driven through the towns in eastern Kansas such as Abilene, Newton, Ellsworth, and Wichita. The law was passed in response to the fact that the Texas Longhorns carried a tick which spread Texas Cattle Fever through other breeds of cattle and the legislature felt it would be better to keep the cattle further west.
Fortunately for Dodge City, this law pushed the Texas cattle trade right through the young city which embraced the nickname, “the King of Cowtowns”. The town was booming with thousands of heads of cattle passing through its stockyards. Around 1883, Dodge City claimed more gunfighters than any other city in the west. These types of men were happy in Dodge City due to a large number of saloons, gambling halls, and brothels that catered to their needs. Residents of Dodge City include famous gunfighters such as Wyatt Earp, Bat Masterson, and Doc Holiday among others.
As the proud owner of a “Gunsmoke” lunchbox in elementary school, I feel compelled to mention that Dodge City is also the location of the TV show, which was one of the longest-running shows in television history (1955-1975). The TV show, as much as the actual history added to the mystique of Dodge City as the town where the West happened.
The main tourist attraction in Dodge City is the Boot Hill Museum. The Museum is an interesting place in that it is located on a regular city block. If you look online or look at the images from this post you would think that it is out on some dusty western hill, but they have simply taken up a large city block for the entire facility. The green space you see in the photos is simply a strip of grass in the middle of the block, enclosed by walls. The museum winds through what looks to be an old western town in the image. Overall, the whole thing is very well done.
I didn’t want to like this place. It felt to me to be more of a kids’ place with the mock gunfights and stagecoach rides, and a high cost of $18 for an entrance package. However, I must say that, if you like the old west, the museum is probably one of the best I have seen. It’s very large and covers just about every aspect of life in the old west that you can imagine. I’m not really a “gun guy”, but the museum has one of the largest collections of antique firearms I have ever seen. Overall, I was impressed, and I felt that I got my $18 worth. If you have kids or grandkids, I recommend checking their website for schedules, as some of the more child-friendly events only take place in the afternoon. Make sure and check out the pictures that accompany this post to get a feel for the museum.