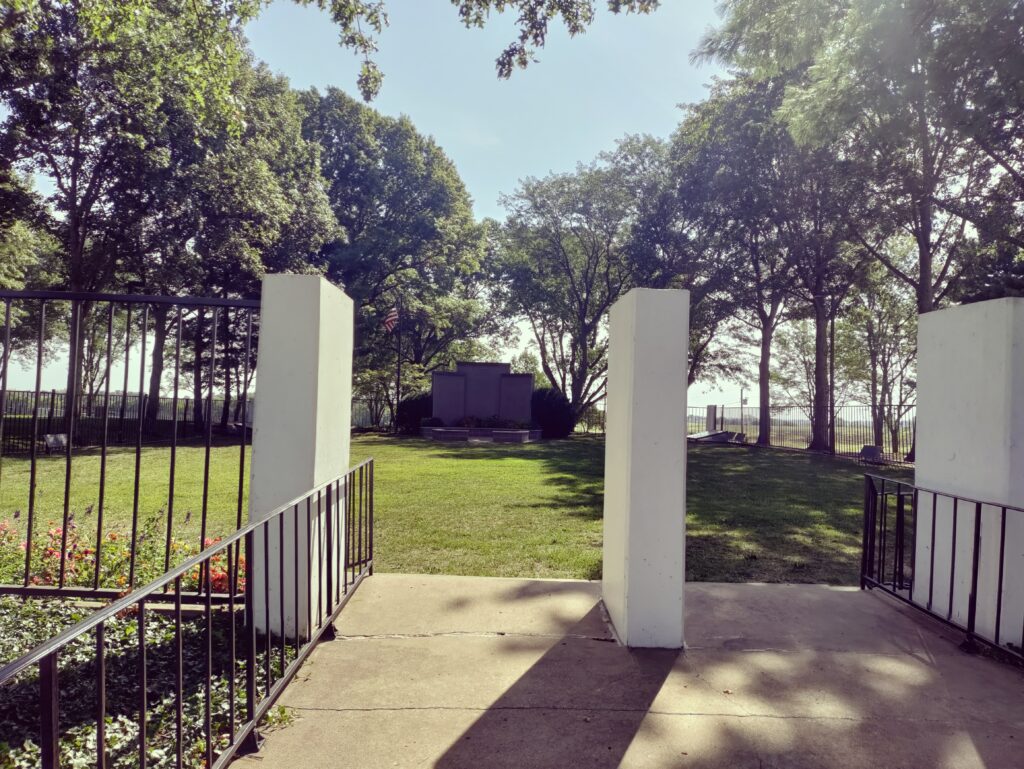 This will be the second in an unofficial series of posts relating to the history of the Mormons in Missouri.  If you haven’t read the last post, I encourage you to do so on this Facebook page or via this link to my website:  www.jonathanjonesauthor.com.  Some of the information on this post was gained when I visited the Liberty Jail, which will be the topic of the last post in the series.  I was not aware until I visited that The Liberty Jail is owned and managed by the Church of Jesus Christ of Latter-Day Saints (Mormons, LDS).

To understand the Far West Settlement, you need a little bit of background of the Mormon situation in the early 1830s.  During that period Joseph Smith began to lead “his people” west and he had decided that Independence, Missouri, was where they would make their home.  Which they did. Unfortunately, by 1833, with around 2,000 saints now in town, the citizens of Independence decided that the saints were now a problem.  The problem only worsened when more and more Mormons began coming to Independence.  The Cliff Notes version of the situation is that the people of Independence took the Mormon’s property and pushed them across the river to Clay County.  Clay county was more sparsely populated and initially, the influx of Mormons was okay, but again as more and more came, they became unwelcome.

Alexander Doniphan was not a Mormon but was a Missouri Militia General and Lexington, Missouri lawyer who eventually settled in Richmond.  There is a statue of him on the courthouse grounds in Richmond.  Doniphan, acting as the lawyer for Joseph Smith and the Mormons, brokered a deal with the governor which would divide Ray County into three counties.  The new counties were called Caldwell and Daviess.  Under this deal, the Mormons were told that they could settle in Caldwell County and not be bothered.  A crucial part of the deal was that the Mormons were restricted to settling only in Caldwell County.

The Mormon migration to Far West began in the mid-1830s.  A marker at the site says that in 1836 the area around Far West was a wilderness, and by 1838, approximately 5,000 people made the area their home.  Ninety-five percent of that number were Saints.  The same marker at the sites tells us that by 1838 you would have found 150 houses, 4 dry goods stored, 3 grocery stores, 6 blacksmith shops, a printing house, 2 hotels, and a large school, church, and courthouse.  Make sure you check out the images with this post to see the layout of the town.

Unfortunately, for the Saints, there were several of their numbers who did not follow the directive to stay in Caldwell Counties, and in the minds of Missouri authorities, the Mormon issue was once again a problem.  These issues led to the 1838 Mormon War of which the Haun’s Mill Massacre, my last post, was a pivotal event.  The next post in this series will detail the fall of Far West and the saga of Joseph Smith and his prophets ending with their incarceration in Richmond and Liberty.

The Far West Settlement historic site is in the middle of a long empty stretch of State Highway D in Caldwell County.  The closest town is probably Kingston, Missouri.  Like Haun’s Mill from my last post, this one is also out in the middle of nowhere.  The good news is that this one is at least on a blacktop road.  The site is owned by the Church and like all of their properties, is very well maintained.  There is a fence around the former location of the chapel.  The four cornerstones of the church are encased in weather-protected boxes and still in place.

There is a church across the street with a Far West sign also, one would assume that it is the same church that operates the historic site.  Not so fast!  In my visit to the Liberty Jail later that day, I learned the church across the street is actually a different branch of the Latter-Day Saints church.  Apparently, the church split after Joseph Smith’s death with some followers staying with Brigham Young and the main church while others, including Smith’s wife, followed Smith’s son in what was then called the Reorganized Jesus Christ Church of Latter-Day Saints.

If you think about it, since this initial split happened after the rise and fall of Far West, both churches claim the history that occurred in that spot to be their own.  The Reformed Church is now called The Community of Christ (COC).  You will often see COC churches near the LDS Mormon churches.  There are currently over 70 branches of Mormonism.

Check back for my next post detailing the fall of Far West and Joseph Smith’s detention in the Richmond and Liberty Jails.  Check out my website, www.jonathanjonesauthor.com to view other blog posts, see my speaking schedule and purchase one of my books.