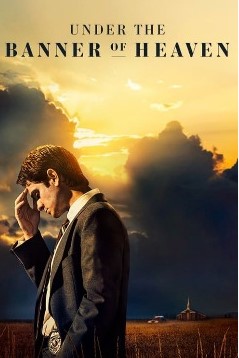 The Haun’s Mill Massacre came to my attention while Jill and I were watching the Hulu show, Under the Banner of Heaven, starring Andrew Garfield.  The show is based on a true story about a 1984 murder mystery centered in the Mormon community of Salt Lake City, Utah.  Throughout the course of the show, the producers weave in the history of the Mormon religion in the United States.  It can be a bit slow at times, but I still recommend it.  The show is not an advertisement for the Mormon religion.  My guess is that the Mormon church is not thrilled with the series.

In 1838, there was considerable tension between Mormons, who had begun establishing settlements in north central Missouri.  The residents of these areas and other surrounding towns near those settlements were not pleased with the influx of Mormons.  The conflict in 1838 is called the Mormon War.  The reasons for the Mormon War in Missouri could be the subject of an entire blog post.  To put it bluntly, Mormons held very different religious beliefs and due to their numbers, they also became powerful and soon dominated the communities in which they settled.

A small group of these Mormons decided to settle on Shoal Creek in eastern Caldwell County near a mill owned by Jacob Hawn.  (The spelling difference is intentional, the event is always spelled “Haun” while Jacob Hawn signed legal documents “Hawn”) Jacob Hawn was not a Mormon, but his mill and the local blacksmith shop became the center point of the community, which by 1838, was home to over 75 Mormon families.

On October 30, 1838, an unauthorized militia made up of approximately 240 men from Livingston County, but also including men from Daviess, Ray, Carroll and Chariton Counties, rode into the community and started firing on the residents.  Most of the women and children ran into the woods, while most of the men ran to the blacksmith’s shop.  By running into the single structure, the men provided a “fish in the barrel” type situation as the militiamen surrounded the building and unloaded on the building by firing repeatedly into the shop killing most of the men hiding inside.  After the shooting stopped, the attackers entered the shop now filled mainly with corpses and finished off any survivors.  These executions included children as young as 7 years old.  After executing 10-year-old Sardius Smith, one of the attackers said, “Nits will make lice, and if he had lived, he would have become a Mormon.”

In the end, 17 people were killed.  14 of those bodies were thrown down an unfinished dry well and then covered with some dirt.  Only four of the militiamen were injured, more than likely hit by friendly fire.  Unknown to the attacking militia units, just a few days before, Missouri Governor Lilburn Boggs had just issued the “Mormon Extermination Order” in which he wrote, “the Mormons must be treated as enemies, and must be exterminated or driven from the State if necessary for the public peace—their outrages are beyond all description.”

Some of the residents of the community stayed put and tried to put their lives back together after the massacre, others followed the direction of their leader Joseph Smith, who instructed them to move to the community of Far West, which was several miles west Haun’s Mill, but still in Caldwell County.  Eventually, most Mormons were driven out of Missouri and resettled in the border town of Nauvoo, Illinois.

Follow this page to stay up to date on new blog posts and check out my website at www.JonathanJonesAuthor.com.  Remember that an online review of any of my books is greatly appreciated.