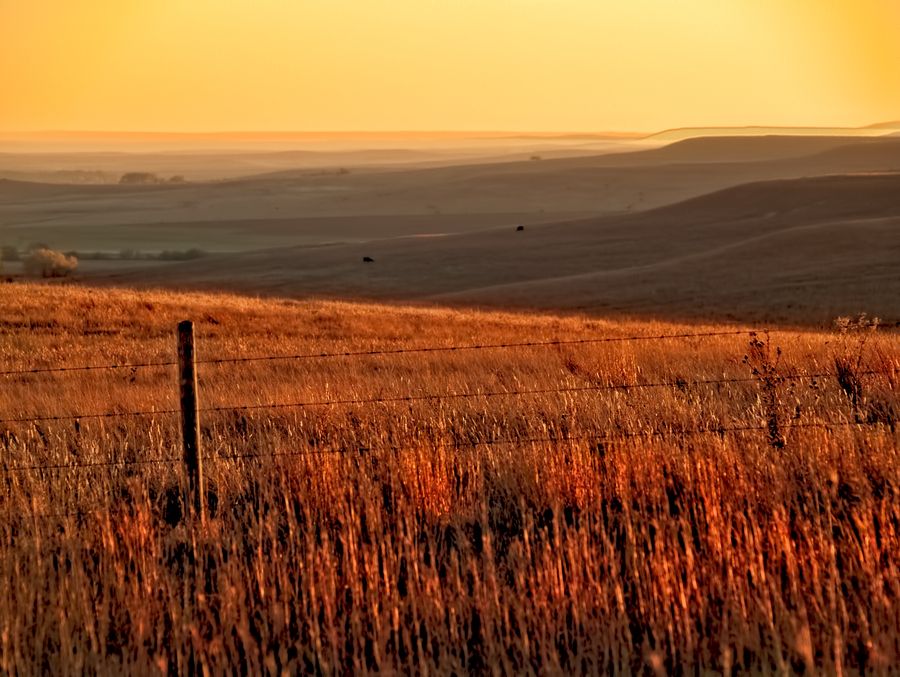 No Trees along the MO – Kan Border During the Civil War

Border War Extra: No trees along the MO/KAN border during the Civil War!
Ok, that’s not true, but the landscape of the Missouri Kansas border during the Civil War years was much different than it is today. This entry in the Border War tour series is a little different because I don’t have a lot of hard facts to tell you about. Rather, in this case, the topic comes from having read in several sources that the landscape in the area during the war was much different than what we see today. This point, mentioned in several historical works, has always puzzled me. Why were there fewer trees? It seems to me that, if anything, there would have been more trees since there were fewer people, fields, houses, roads cities, etc.
In the mid to late 1800s the border country would have looked more like what you might think of when you think of the middle of Kansas, or the Flint Hills. Rolling hills and valleys with only a smattering of trees usually surrounding creek beds, ponds, and lakes. The ground would have been covered by tall, waving prairie grass as far as you could see. Cass County Missouri, which sits right in the middle of the border county, is said to have been covered by almost 80% prairie grass in 1850. What was it that happened that changed this open landscape to one where trees and forests have taken over much of the open land? The answer, In one word, “fire”.
Prairie fires were a normal occurrence along the border in the 1800s. These prairie fires usually occurred in late summer and early fall and would burn the dry and brittle grass uncontrollably not allowing any trees in those areas to survive. An uncontrolled prairie fire like this could travel, with nothing to stop its destruction until it hit some sort of a natural barrier like a stream, or lake, or even a rock formation which would eventually stop the spread of the fire.
These fires were disastrous to early and mid-1800 settlers because the fires did not stop at homes, barns, or corrals. Instead, those structures into which a farmer had put so much effort, were simply consumed by the fire. The settlers would often work together to try and stop these fires as they were not just a single farmer’s problem. Rather they were a community problem because the fires would easily move from one farm to another and could destroy entire communities.
As more and more people started coming to the area after the Civil War, the people themselves started to provide fire barriers by clearing out homesteads, planting fields, building roads, and other things which meant the prairie fires had less room to spread as the dry prairie grass was no longer filling up all these acres of land. Since the fires stopped spreading, they no longer stopped the trees from growing. Which has led to the forests we see today.
So, the next time you drive by or take a hike in your local forest, imagine that 150 years ago, that forest would likely have been comprised of rolling hills with prairie grass waving as far as the eye could see.