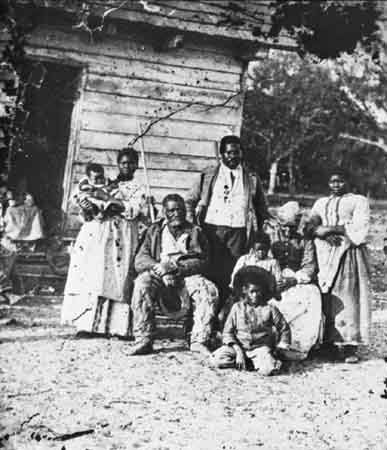 The Emancipation did not Free the Slaves in Missouri

Border War Extra:
As with all my posts on this forum, I try to provide a “cliff notes” version of the events or topic. The Emancipation Proclamation often called one of the most misunderstood documents in American History is one that doesn’t fit neatly into 400 – 600 words. For more information please do your own research on this topic.
The Emancipation Proclamation was issued twice. On September 22, 1862, the “Preliminary Emancipation Proclamation” was issued as a threat to the southern states. President Lincoln made it clear that if the South did not cease their rebellion by January 1st of 1863, he would issue the proclamation “for real”. If the South had dropped their weapons at this time, we may have been talking about an entirely different history of slavery in the US. Obviously, the southern states did not “cease their rebellion” and the Emancipation Proclamation went into effect on January 1, 1863.
The Proclamation did not free all slaves. It only freed slaves in the southern states that were part of the Confederacy. Lincoln did not want to anger “slavery” states such as Missouri and Kentucky by including their slaves in the proclamation. Lincoln’s act was a political move. Up to this point in the war, the purpose of the war was to save the Union, with this proclamation, Lincoln was able to bring a moral aim to the war which he hoped would bring more men willing to fight for the cause. The act also discouraged Britain and France from entering the war. These countries were considering aiding the Confederacy at the time due to their large financial interests in the cotton and tobacco produced in the American south. They both decided not to support the South as they did not want to appear to be fighting on the wrong side of the moral issue of slavery.
The Proclamation was not popular at the time, even though today we know it was politically brilliant and morally correct, the act was not well received by any segment of the country. A few years earlier in 1857, the US Supreme Court ruled in the Dred Scott case that the Federal Government had no authority to regulate slavery in the individual states. This was a proclamation, not a law. Lincoln used his “war power” to issue this proclamation and did not go through Congress. He justified the order by maintaining that the southern slaves were used to aid in the Confederate war effort. Abolitionists were not happy because they wanted all slaves to be free; the slaveholders were not happy as they stood to lose valuable property without any compensation.
Before the Emancipation Proclamation was issued, General John C Fremont, Commander of the Department of the West, issued an order in August 1861 dictating that under martial law which he had instituted in Missouri, all slaves would be “emancipated”. He did this without Lincoln’s approval. Lincoln was quick to act when he revoked Fremont’s order only 11 days after it was issued, telling Fremont, he “never should have drug the negro into the war.” Lincoln was concerned that Fremont’s act in the border states of Missouri, Kentucky, Maryland and Delaware would push those states to join the Confederacy.
While the Emancipation Proclamation did not officially free the slaves in Missouri, the writing was on the wall. The Missouri slave population (115,000 in 1860) was very small by the end of the war due to the danger and risk of owning slaves during the Civil War. On January 11, 1865, a Constitutional Convention in St. Louis passed an ordinance to abolish slavery in the state. The passage of the 13th Amendment on December 6, 1865, officially abolished slavery in the United States.